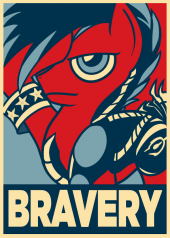 Insanus Pt. 7: The Throne of a Dying World

Upon leaving Leirra's domain, Hikaru would arrive in a flash of light.

She would immediately feel a feeling of relief, but inexpiable dread. It felt as if she has been freed from the forces that had taken root inside of her, free from the spirit energy she could call forth, free from the constraints of space and time. She now sat on her hands and knees, naked as she opened her eyes to the Hell in front of her.

The area was bleak... A wasteland of gray. The ground was covered in dust and ash rained from the sky and swirled around her with changing, unpredictable winds. There was no sun in the sky, only a dull gray that seemed to spread into infinity.

In front of her, in the distance, stood a large, decaying, stone platform where it looked as if 7 silhouettes stood, their features obscured by the haze between them.

The moment Leirra's name rolls off Hikaru's tongue, everything simply, stops. The light breeze disappears, and every single moving thing save Hikaru herself stops moving. The area goes deathly silent as the colors begin to intensify until everything is either bright neon or intensely vivid. Roses and lilacs sprout endlessly around them, cutting Hikaru off from Juris as the bushes grow higher. To her right is the only clearing, where the skeletons of a horse and it's tall rider lay partially covered with moss. The breeze behind again, blowing lightly from the clearing and carrying a warm, earthy scent.

The wind rattles the bones as the plants start to fill in the gaps of the rider's corpse. Odd tones of old brass instruments fill the impromptu garden, accompanied by snares and flutes.

"Come along now
Run away from the hum-drum
We'll go to a place that is safe from
Greed, anger and boredom

Come with me, catch a rare type specimen
Cuddle up with a hesitant skeleton
We'll break our fast with friends~"

The wind strengthens as the rider shifts, the flowers and moss filling in the gaps between the bones as it stands. It was taller than Juris, eyes glowing a bright silver as the flowers weave themselves into a waist-long approximation of hair. It steps forward, watching Hikaru as the horse begins to stand, though the plants do not spread to cover the bones.

Buried in the past

Sending this message was important to us.

We considered ourselves to be a powerful culture...

Tera Mikami, the Countess of New Dementia and Insana's top agent, stood next to Lady Lierra, the Embodiment of Love. She had transported them both outside of a large monolithic structure surrounded by a barren wasteland. It seemed foreboding and ominous in nature, though such things were unlikely to phase another Embodiment. Several obelisks circled around the structure, but not much else was visible to them from the distance they stood.

This place is not a place of honor...

nothing valued is here...

"Tis not Lady Justice I fear." Tera answered and turned to the structure. "This is the Vault of Madness. A place forbidden to enter, even by me. Whatever is in there is what I fear, Lady Love. Whatever it is that Insana hides away from everyone is what truly terrifies me."

Hikaru would find herself still unconscious in ND, but in an empty space deep in the crevices of her mind.

"You know..." a voice called out to her. "All you had to do was agree. Quid Pro Quo. This for that." it followed up. It was the unmistakable, commanding voice of Juris de Facta.

"And it seems dear Lierra has come searching for answers as well, or you probably." he emerged from the darkness, rubbing his temple with his left hand. He was holding a rather large book in his other. "So are you ready to talk again?"

He look up from his hand, into her eyes and suddenly her memories of him would come flooding back, for now at least.

The Council of Prefects: The Council of Prefects is a small group of the 7 highest ranking Perfect, consisting of 6 Prefect Consuls, and led by the High Prefect Consul who acts as the leader of all the Perfect. Decisions are typically made by committee and typically actions require the majority or entire agreement of the Council. They issue writs, laws, and directives to the different castes of Perfect Society.

-Prefect Consul, Aurelia of the Order of Protectors

-Prefect Consul, Iohn of the Order of Scholars

-Prefect Consul, Matthaeus of the Order of Adjudicators

-Prefect Consul, Lukas of the Order of Builders

-Prefect Consul, Marcus of the Order of Tribunes

Castes (More to be added later):

Order of Lifeshapers: A caste of creators and nurturers headed by the High Lifeshaper. They are chiefly responsible for creating life and seeing that it thrives. This group was also involved in the rearing of early Embodiments and teaching them.

Order of Builders: A caste of engineers and builders who fabricate and construct buildings, cities, ect for the society. Headed by the Master Builder.

Order of Tribunes: A caste of judicial magistrates who sat to judge Perfect and the lesser creations in accordance with the laws set forth by the Council of Prefects. They are headed by the High Iudex of the Grand Tribunal, the highest court in the land.

Order of Adjudicators: A caste of agents who enforce the laws and judgements of the Perfect in accordance with the Council of Prefects and the Order of Tribunes. They are headed by the High Seeker

Order of Protectors: A caste of soldiers and officers who form the military arm of the Perfect society. They are often sent to quell uprisings of both lesser races and separatists alike. They are headed by the High Legate.

Order of Scholars: A caste of academics, teachers, and historians. They are the record keepers of the Perfect and the primary teachers. They conduct research and often work with Lifeshapers. They are headed by the High Didact.