Appearance Description (Optional): A Lambda with brown fur, standing at 4'1". Wears a dark green scarf and cloak, wears a dark gray button up covering the torso and upper part of the waist.

Faction: someone gimme a faction Eh whatever

Personality (Optional):
The countless days of working for various companies and being talked down to literally and figuratively has left Avar jaded and less than hospitable. He'd rather just get straight to the heart of any matter, and does not accept nonsense.

Combat Level: Can shoot a gun and maybe can do a backflip.
Knows the general direction of how to hold a knife/sword to stab someone.
A little magic, can maybe light up a match.
Neophyte psychic. limited capability of reading minds. Can Levitate stuff up to the size and weight you'd expect him to be able to carry or spout electricity, and a couple party tricks.

Avar was abandoned at birth in a colony somewhere, unable to properly grow out of his egg shape alone. It was because of the efforts of a traveling merchant that picked this egg form Lambda that Avar still lives today.
Much to the Merchant's surprise, it grew into a living being that ate parts of the dude's ship. Thankfully, the merchant didn't immediately throw him out, and instead taught him the trade of mercantile. Through his connections, Avar eventually was taught how to put stuff together, and how to fix stuff... which eventually turned into him having quite a bit of knowledge on how to work with machines, engines, robotics, and so on.
When it came time to leave the nest, Avar was stuck on a random planet by himself, with nothing in his name. His first job was a geothermal power plant worker, where his job was to literally delve into the hottest parts of the plant and do maintenance. Normally it would kill anyone else not properly equipped, and give severe heat related injuries to those that were. But, the Lambda biology ensured that not only he would survive, but without pain.
It was a pretty high paying job due to the risk, and Avar climbed the corporate ladder from company to company, taking such dangerous positions as emergency external spaceship maintenance and internal operating engine mechanic.
As Avar grew older, his mind began to open, slowly, as he became aware of the celestial song the universe dances by, most notably when out in space where there's nothing but the shimmering glint of the stars and nebulae to keep one company. Avar became psychic, though he cannot detail how exactly. 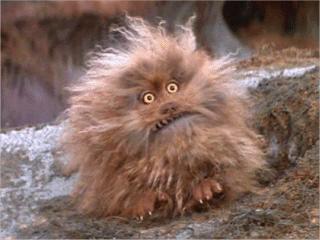 THIS REQUEST IS SO COOL

Wanna work for the K Empire?

THIS REQUEST IS SO COOL

Wanna work for the K Empire?